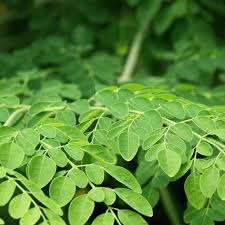 They say when in the African forest a traditional healer dies, an encyclopedia of secrets gets lost. It is common knowledge that people who know secrets are not very fond to share it with others because then they cannot longer enjoy the advantages of this knowledge.
Basically what counts for the African traditional healers also counts for pharmaceutical companies who analyze plants and trees to find magic power enabling them to protect with expensive patents. These companies as well as the cosmetic industry start to discover Moringa and some scientific institutions already started some thorough research on the medicinal effects of Moringa.

University of Calcutta: it can be concluded that Moringa Oleifera leaves may give protection against this devastating disease like Alzheimer's.

College of Pharmacy, Ahmedabad: MORINGA Oleifera treatment demonstrates protection against acetylcholine-induced bronchoconstriction and airway inflammation and possesses an antiasthmatic property through modulation of the relationship between Th1/Th2 cytokine imbalances.

University of Karachi: Isothiocyanate 4 and the thiocarbamate glycosides niaziminin A and B showed hypotensive activity

John Hopkins School of Medicine: we examined compounds [1] and [2] for their cancer preventive potential (39). Recently, [1] and the related compound [3] were shown to be potent inhibitors of phorbol ester (TPA)-induced Epstein-Barr virus early antigen activation in lymphoblastoid (Burkitt’s lymphoma) cells (57,104).

National University of Singapore: it indicates that M. oleifera leaf extracts has potential for cancer chemoprevention and can be claimed as a therapeutic target for cancer.

Encyclopedia of Natural Health Olypeptides: Uses of MO vary, but may include; Enhancing Immune Function, and Reducing Inflammation and are non-FDA reviewed or approved, natural alternatives, to use for Cancers, and Breast Cancer.

University of Kerala: MO was effective in preventing cataractogenesis in selenite model by enhancing the activities of antioxidant enzyme, reducing the intensity of lipid peroxidation, and inhibiting free radical generation.

Richa, Gupta: It can thus be concluded from the present study that concomitant administration of M. oleifera seed powder with arsenic could significantly protect animals from oxidative stress and in reducing tissue arsenic concentration. Administration of M. oleifera seed powder thus could also be beneficial during chelation therapy with a thiol chelator.

Lrling, M. Beekman: This is the first study that yielded evidence for cyanobactericidal activity of filtrate from crushed Moringa seeds, suggesting that Moringa seed extracts might have a potential as an effect-oriented measure lessening cyanobacterial nuisance.

Faculty of Science, NUS, Singapore: We conclude that, under these experimental conditions, the leaf extracts effectively suppress CCl(4)-induced oxidative stress. Our findings provide evidence to demonstrate that the possible mechanism of this activity may be due to the strong antioxidant property of the leaves.

M, Rahman M.: The results obtained in this study suggest that the extracts from Moringa oleifera leaf can be a source of natural antimicrobials with potential applications in pharmaceutical industry to control coliform bacteria.

Mukesh, Nandave: Based on the results of the present study, it can be concluded that M. oleifera extract possesses significant cardioprotective effect, which may be attributed to its antioxidant, antiperoxidative, and myocardial preservative properties.

University of Zimbabwe: Cytotoxicity was observed only with the leaf-water extract (IC50 = 6 mg/ml). Further investigation is warranted to elucidate the potential of M. oleifera for clinically significant interactions with antiretroviral and other drugs. Further experimental investigations into its effect on drug metabolism and transport would be useful in improving the clinical outcome of HIV positive patients on HAART.

University, Stellenbosch, South Africa: Moringa dry leaf powder may be a valuable nutrient for the poor communities of Africa by boosting the immune system to fight infections and thereby enhancing the well-being of HIV+ persons.

Hamza, A. A.: Finally, these results suggested that Moringa seed extract can act against CCl(4)-induced liver injury and fibrosis in rats by a mechanism related to its antioxidant properties, anti-inflammatory effect and its ability to attenuate the hepatic stellate cells activation.

Moussa, Ndong: These results suggest a possible beneficial effect of MO in the prevention of hyperlipidemia and ultrastructural changes in hepatocytes due to iron-deficiency.
Malaria Prevention

S, Coelho J.: The presence of hemagglutinating activity in the extracts suggests that soluble lectin promotes the delay of larval development and mortality; furthermore, the absence of larvicidal activity in heat-denatured WSMoL strengthens the involvement of lectin in this activity mechanism.

Anais da Academia Brasileira de Ciencias : The researchers found that this extract was toxic to the larvae of the yellow fever mosquito, an insect that spreads a number of diseases. On the other hand it was found that the extract was harmless to rats. In conclusion, WEMOS has thermostable bioactive compounds against Ae. aegypti larvae with apparent molecular mass lower than 12 kDa and moderately toxic potential.

Mosquito larvae live as larvae in puddles for just 5 days, then they pupate and leave 2 days later. It does of course depend on available food. Some adults live for 16 days, because otherwise we would have no malaria. i have seen many different life table for adult mosquitoes, but most say that the first two egg layings are at day 3 to 4 after hatching, and then again day 6-8, the rest you can forget. So mean life time as adult female is around 7 to 9 days, depending on season, but some live longer. Sporozoit rate (which measures the percentage of anophline femles with sporozoits in the head and thus rate of older females) is normally max 1 to 2 % except start of dry season where the recruitment is low and mostly older females are out there.

Humanitarian aid groups such as UNICEF, World Vision and many others are now supporting the use of "The Miracle Tree" to help combat malnutrition, especially among infants and nursing mothers in parts of Africa. Moringa yields 4 times more benefit to undernourished people than any other Nutritional aid. One tablespoon of leaf powder provide 14% of the protein, 40% of the calcium, 23% of the iron and most of the vitamin-A needs of a child aged one to three. The presence of Arginine and Histidine are especially important for infants to maintain or increase weight and improve health. Trees for Life, Church World Service, and Educational Concerns for Hunger Organization - have advocated Moringa as "natural nutrition for the tropics." Leaves can be eaten fresh, cooked, or stored as dried powder for many months without refrigeration, and reportedly without loss of nutritional value. Moringa is especially promising as a food source in the tropics because the tree is in full leaf at the end of the dry season when other foods are typically scarce and can be easily preserved.

Snchez-Machado and others: Moringa leaves are also packed with essential vitamins and minerals—especially vitamins A and C. Delivering such powerful nutrition, these leaves could prevent the scourge of malnutrition and related diseases.

Dr. Monica G. Marcu Ph.D. researcher & pharmacologist and author of the book The Miracle Tree; “Moringa is unique because, even in small amounts, it can supply daily a wide gamut of vital nutrients with few calories”.

S, Ghasi: It was found that administration of the crude leaf extract of Moringa oleifera along with high-fat diet decreased the high-fat diet-induced increases in serum, liver, and kidney cholesterol levels by 14.35% (115-103.2 mg/100 ml of serum), 6.40% (9.4-8.8 mg/g wet weight) and 11.09% (1.09-0.97 mg/g wet weight) respectively. The effect on the serum cholesterol was statistically significant. It was concluded that the leaves of Moringa oleifera have definite hypocholesterolemic activity and that there is valid pharmacological basis for employing them for this purpose in India.

Mahajan SG, Mehta AA.: Traditionally, the plant Moringa oleifera Lam. (Moringaceae) is used for the treatment of ascites and rheumatism, while the dried seeds of the plant are used as an 'anti-allergic' agent. The aim of the study was to assess the efficacy of ethanolic extract of seeds from Moringa oleifera Lam. in experimental immune inflammation. Taken together, the above findings suggest that the seeds of Moringa oleifera have immunosuppressive activity.

Biochemical analysis has revealed that the Moringa leaves and leaf powder contain unusually high amounts of plant hormones named cytokinins, such as zeatin and the related dihyrozeatin (these are plant hormones that induce cell division, growth, and delay aging of cells). Clinical studies have shown Moringa produces anti-aging properties in humans. Zeatin slows the aging process by helping the body replace cells at a faster rate than they age, giving a more youthful appearance to the skin.

The cosmetic company Body Shop (belonging to L'Oréal) has launched a Moringa bath and body range. Moringa is presented as a "miracle of hydration" on the big advertisement posters placed on the shops windows. Packaging shows white flowers. The origin of the Moringa oil is not indicated (no mention of fair trade). This is the first worldwide advertisement campaign on a Moringa product.

Ping-Hsien, Chuang: Ethanol extracts showed anti-fungal activities in vitro against dermatophytes such as Trichophyton rubrum, Trichophyton mentagrophytes, Epidermophyton floccosum, and Microsporum canis. GC-MS analysis of the chemical composition of the essential oil from leaves showed a total of 44 compounds. Isolated extracts could be of use for the future development of anti-skin disease agents.

Since time immemorial, the indigenous method employing crushed seed powder from the pan-tropical Moringa oleifera (MO) tree has resulted in an effective natural flocculating agent, providing a low-cost household (point-of-use) solution to the critical need for potable water in rural riparian communities. One of the tree’s most remarkable property is the ability of its dry, crushed seeds and seed presscake (which contain Olypeptides) to serve as an effective and low-cost chemical-free traditional source of natural coagulant for removing turbidity and reducing bacterial and viral contamination from drinking water in rural households but also soften it.

University of Newcastle upon Tyne: Hardness removal was found to be independent of pH of the raw water.

S, Rathi B: Significant increase in wound closure rate, skin-breaking strength, granuloma breaking strength, hydroxyproline content, granuloma dry weight and decrease in scar area was observed. The prohealing actions seem to be due to increased collagen deposition as well as better alignment and maturation. From the results obtained, it may be concluded that the aqueous extract of M. oleifera has significant wound healing property.

Save products on your wishlist to buy them later or share with your friends.

No account? Create one here
Product added to wishlist